Welcome to Kayifi's News page. In this page, you will find announcements, Agents of the month, upcoming Webinars, acknowledgement of the month for countries, and new agents that we welcome.

Kayifi Outreach is coming Soon! At Kayifi, we recognize the importance of Caribbean youth as a pillar of the future of the islands. We are excited to introduce a new program: Kayifi Outreach, aimed at giving Caribbean youth knowledge, resources, and tools integral to their success. Check out the following links for more information!

Kayifi is looking for featured agents! Please view the featured agent section of our FAQ to find out how you can be on the front page of Kayifi!

Kayifi has migrated servers and gone through a slight redesign to better serve our clients. If you are having any issues with the website, please don't hesitate to email us at info@kayifi.com or use the live chat feature below to let us know.

KAYIFI is looking for guest bloggers! We are in search of any agent that currently creates blogs and are willing to share their views on the real estate market. If your blog is approved, it will be published on our website and you will be an agent of the month and have your listings highlighted on social media platforms. Contact us for more details!

Have questions about Kayifi? Kayifi has added a new tab for anyone who has any questions with us.

Kayifi has added Agents of the Month! Congratulations to Yuberquis Almonte for becoming our Agent of the Month. Please contact us to find out how you can become agent of the month.

Kayifi has added Featured Agents to be shown on our home page. These are a few of Kayifi’s superstars. To become a Kayifi featured agent, please check the FAQ tab.

We have added tutorials to our Youtube page, to find out how to register, how to upload profile and property pictures click the link below
https://www.youtube.com/channel/UCu8TgI-NstRIS0ehKlby2Bg

The National Science Foundation (NSF) announced on November 19, 2020, that it will decommission Arecibo's iconic radio telescope in Puerto Rico. This news follows two sudden and catastrophic cable breaks in recent months that have brought the enormous structure to near collapse (sciencemag.org).

The NSF reached this decision after receiving an analysis from five different engineering firms, including the Army Corps of Engineers. If one main cable was operating below its design capacity, "now all the cables are suspect," said Ashley Zauderer, NSF's program director for the Arecibo Observatory (sciencemag.org). If one of three remaining main cables connected to the impaired tower also failed, the engineers concluded, the platform would collapse (sciencemag.org).

Nature Magazine woefully describes the shut down as "the end of the most iconic and scientifically productive telescopes in the history of astronomy—and scientists are mourning its loss" (nature.com).

The 57-year-old, 305-meter-wide radio telescope was the largest in the world of its kind until China built their radio telescope in 2016. From the date of its construction to now, Arecibo's renowned telescope has never ceased to be engaged in significant, groundbreaking work. National Geographic sums up Arecibo's radio telescope’s contribution as having "played a crucial role in spotting planets beyond our solar system, searching for extraterrestrial civilizations, and studying asteroids and other worlds closer to home. Today, scientists use the telescope to study powerful blasts of energy called fast radio bursts and to spy ripples in the fabric of space-time produced by colliding galaxies" (nationalgeographic.com).

Some of Arecibo's radio telescope's most memorable moments were when astronomers sent an interstellar radio message in 1974, in the hope that any extraterrestrials might hear it, and when the first confirmed extrasolar planet was discovered, in 1992 (nature.com). The telescope was even featured in two popular films: Jodie Foster's Contact and the James Bond movie GoldenEye.

To say the Arecibo radio telescope has made a massive impact on the scientific community as a whole and has inspired countless individuals on their research journey is an understatement. 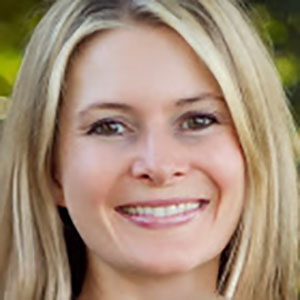 Michelle Warner is an award-winning writer and editor. She is a published poet and has worked in the book publishing industry. She has an MFA in creative writing from The University of Arizona.

Celebrating the Independence of Antigua and Barbuda

Barbados Offers You the Chance to Work from the Beach

You’ll be off sailing in no time!

The Deep Blue Around You

Puerto Rico is on Paw Patrol

Jamaica : Going more “Green” than you would think.

A Dominican household’s monthly income is US$777

Just 70 square miles, Aruba is a small gem basking in the warmth of the southern Caribbean. However, it is not only the bright sunshine, turquoise water, and white sand that make Aruba sparkle; it is the multifaceted blend of over 90 different nationalities among over 110 thousand residents living happily together.

Aruba's diverse people are known for their warm, friendly, and welcoming nature. They are inclusive of newcomers, and their sunny dispositions radiate throughout the island, earning Aruba's well-coined slogan "one happy island."